Providing an engaging, relevant, and rigorous education for every one of our students 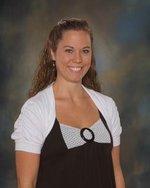 Graduated from Skyline High School in 1998 with an advanced diploma

After high school
Began Northeast Alabama Community College in 1998
Married in 1999 to Caleb Manning
Began Athens State on full scholarship in 2000
Graduated in May of 2002.
I had my first child, Katelyn Grace, in August of 2002
In October 2002, took a first grade position of a retiring teacher at Skyline
Hired in fall 2003 to teach 2nd grade
April 2005, I had my second child, Kenzie Faith
May 2008 received Master's Degree
January 2011, I had my third child, Christa Hope
December 2012, moved into our new home
Still teaching 2nd grade and LOVE it

We weren't able to find anything that matched your search criteria. Please try a new search.